Think about it, fire just happens!

It’s a chemical reaction that happens when heat, fuel, and oxygen are combined in the right proportions.
Your marketing should be like that. If you’ve truly found a burning desire , filled it with a beautiful solution, and found a way to publicize that message, your marketing will catch fire.
In fact, a wildfire may be the only thing more viral than viral. It spreads quickly, leaves nothing untouched people gather to watch it and talk about it. Think about it, a cow kicks over a lantern in a barn, burns a few houses in Chicago over 140 years ago and people are still talking about it to this day!

I want to tell you about another fire, not so famous, but maybe more impactful because it led to a huge realization that I think could change things. It happened in a dumpster outside an apartment in Tulsa Oklahoma.

The 5.4 billion of us that existed at that time were just about to wake up to the internet, Whitney Houston was belting out I will Always Love You, Batman Returns was hitting cinemas and somewhere at sea a shipping container carrying 28,000 rubber ducks, was lost in a storm. They’re still washing up on beaches to this day.
But, in Tulsa Oklahoma, there was only one big thing going on that year, James JD Gragg, was inventing the “spinner” hubcap.
That’s this guy, right here.

Doesn't look very "gangsta" does he?

Meanwhile, on the other side of town, in a small apartment complex, Kelly K was about to make a scientific discovery of his own.

As many ten year old boys do, young master Kopp, had an affinity for flame, a passion for the pyre, a craving for the conflagration.....Skip that, little dude was a firebug and he was damn lucky he didn’t get charged with arson.
All I know is what he told me.
Ten year old Kelly’s favorite place to "kick it" was his Mimi’s house. Mimi, as you may have guessed, was Kelly’s grandmother. Mimi was like the cool grandma from the 80's movie.
You know, the one that chain smoked, cussed a little and let ten year old boys pick out rental videos like Rambo First Blood down to the Blockbuster.
Well, to be honest, she wasn’t just “like” that grandma, those things actually happened. Or so Kelly tells me.
So, following this trip to the block buster, Kelly was in an adventurous mood, and like adventurers down through the ages, he felt compelled to explore and what better place to explore than a large body of water? Mimi’s apartment, fortunately for our hero, was plunked down next to this long muddy puddle that runs through the “best” part of Tulsa Oklahoma called the Arkansas River. And there, lying on the banks in the red Oklahoma mud, he found a little red plastic rectangle that made his little pyro heart burn.
A Cigarette lighter.

As he rolled the magical trinket into his fist and swaggered back toward Mimi’s, Billy Joel’s “We Didn’t Start the Fire” playing in his head, he thought, “Oh yes we did.”

Now, ten year old boys aren’t known for their amazing foresight. I know, I’ve been one, have three younger brothers, and I’ve raised four of them. A few steps short of Mimi’s door, Kelly came to a realization.
“Mimi’s cool, but she might not be ‘ten year old boy finds a lighter down by the river and let’s him keep it to burn things with, cool’ I better hide this”
With that thought in mind, he slipped the small plastic gadget into his jeans pocket, adjusted his swagger and turned Mr. Joel down a notch in his head, just to avoid suspicion.
“Hi Mimi, watcha doin?”

Let me stop for just a minute and address the grownups in the room.

Listen, if a ten year old boy suddenly becomes interested in what you’re doing and you’re not currently doing something amazingly interesting, like, I don’t know, gutting a fish, you should be suspicious. In nearly every case, they are up to, or contemplating being up to something they shouldn’t be.

Now, It’s at this point that Kelly’s story takes an unbelievably convenient turn, as if the heavens have opened and an angel has delivered the answer to his unspoken little pyromaniac prayers.

As it turns out, Mimi had been just about to ask Kelly to deliver a stack of drycleaner’s hangers to the nearest dumpster. In case you don’t get that, I’ve got one here for demonstration.Unlike a regular wire hanger, a dry cleaner’s hanger is perfect for Kelly’s purposes, due to this triangle of paper advertising in the center, and Mimi has an armload of them.

When he told me this story, I could almost hear the gears turning back through time inside his little skull. The ten year old boy in me, goes “Yeah!” and the dad in me screams “Noooooooooooooooo…..” in slow motion, simultaneously. Then they both become aware of each other in my head, and it gets weirdly, awkwardly quiet.
Anyway,
Kelly, of course sees an opportunity, so he takes the hangers and heads off to the nearest dumpster, of which, if you’ve ever been to Tulsa Oklahoma, the apartment complexes have plenty.
It’s where new tenants get their furniture. It’s included in the $99 move in special, “All the dumpster furnishings you can carry”
Now, Kelly was no stranger to fire. He’d been experimenting in small ways for a while, but nothing on this scale,and nothing quite so public. So, in his mind, here’s how this was going to go down. He would light the paper on fire, watch it burn for a few seconds, then toss it, harmlessly, into the dumpster, where the tiny flames would dance merrily inside the big, giant, thick, safe, metal box, and then he’d run. Right?
He approaches the dumpster and selects a hanger, flips the Bic, as only one whos’ been sneaking his grandmother’s lighters and cigarettes for a while can, and watches the flame darkening the paper until it catches. Paper hangers burn pretty fast, so it didn’t take long to catch the whole bundle and when Kelly tossed them up and over the edge of the big blue metal wall, he expected they’d go out just as quickly. But that’s not exactly what happened.
Although his game seemed harmless, getting caught near a fire he’d just set didn’t seem too smart, so Kelly turned back toward Mimi’s a warm smile on his face and his swagger back in full effect. About three struts later, Kelly was stopped cold by an ominous whoosh from the dumpster behind him...

He turned, and froze. The tiny flames had somehow grown, and now the entire dumpster was filled with an angry glow and flames were beginning to lick around the top of the dumpster. As he watched, the inferno grew to swallow the dumpster and everything in it, then slowly started climbing up one side, licking greedily at the wall of the nearby apartment.

Frozen in his spot, Kelly screamed silently inside as the wooden siden began to blister and peel, and finally lit, the flames crawling steadily up the side of the building.

By this time, others had noticed and started to gather. Kelly was unsure what to do, he couldn’t run, he knew that, but nonchalantly walking away from a literal dumpster fire seemed suspicious too, right? So, he stayed glued to his spot as more spectators joined the growing crowd and sirens started in the distance.
So, from his front row seat, Kelly watched in terror as the firemen jumped out, boots crunching, hoses hissing, lights flashing as they worked quickly to tame the dragon he had unleashed. Slowly the flames receded until all that was left was a soggy charred spot on the siding and a hissing pile of charred, smoking furniture, dripping with hose water.

Others walked away. Kelly was still unsure when it was safe to leave, and so, he found himself glued to his spot when the firefighters came to the Q&A portion of their presentation.

Kelly has been a dad for a few years, so I asked him.

So he walked, But he learned more than one valuable lesson that day, and now I’m going to share them with you.

First, he learned if he was going to be a pyro he needed a better escape plan, because, when you light a fire people show up. Seriously, ever see a fire on a TV, in public, and people are standing around watching it, half a world away? Fire draws a crowd.
Second, there are two kinds of people who show up to fires, those who wish they’d started it, and want to watch it all burn (kidding, sort of) and those that come to put it out. In marketing, you have to be aware of the second kind.
Later, Kelly got curious about fire and discovered something called the "Fire Triangle" that explains the chemical reaction that causes things to burn.

So, here’s the formula expressed Heat+Fuel+Oxygen=Fire

In marketing, its: Need+Solution+Publicity = Fire

And yes, I really think it’s that simple*

That’s how I launched Social-ism.biz in 2011 and ramped it up to five figures a month in six months with just one partner.
It’s how I started my home improvement business in 1995. And turned a profit on my tools and expenses in the first week!
These are small examples, but I think sometimes we over-complicate things. If you’re a freelancer, like me, this may be the only business model you even need.
Here’s where I think we miss it sometimes. We want to do something cool. Seriously. We want to invent the new thing. Right? But look around, what’s new? Social media? Please, it’s just an extension of the telephone and the newspaper and the mail system, right? It’s a global watercooler conversation.
= Facebook and Twitter.
= LinkedIn.

Unfortunately, nobody wants to do the "boring" stuff so, we don’t look for friction (heat) in people’s lives. Instead, we start with “I want to live the Instagram model lifestyle" which, by the way, fits this model too.

=fire
Even in the most seemingly self serving industries, like professional sports, Hollywood, Nashville, Politics. There is friction in people’s lives that leads to heat.

When Kelly shared this with me, I immediately saw the potential.

I started applying it to my own situation right away to engineer a solution to my transition back into full time freelance and ghostwriting from fiction. (don’t worry, my fiction is still coming)
How did I do that? Well, in the fire triangle, if you remove one of the sides, the fire ceases to happen. It’s over. So, I started looking at my situation.
Now that I've discovered my weak point, I'm hammering on it, Gary Vee style, which I should have been doing this whole time, and knew it. Content, content, content. Don't worry, I'll keep entertaining and informing, so you'll welcome me, beg me for more and share me with your friends. (just kidding, or am I?)

So, here’s the entire point of this article and there really is only one. If you are not seeing fire in your business, it’s because one of these three pieces of the fire triangle is either missing or lacking in some way.

Here’s something I promise you, and you can probably ask any coach, mentor, or entrepreneur you know. If you are not achieving your dreams, or seeing significant movement towards them, one or more of these pieces is lacking something.

If you enjoyed my story, please, leave a like! If you agree, this mindset needs to spread like wildfire, share the article! And I always love a good conversation, so leave lots of comments, I promise I'll respond and return the favor on your content!
Reactions: 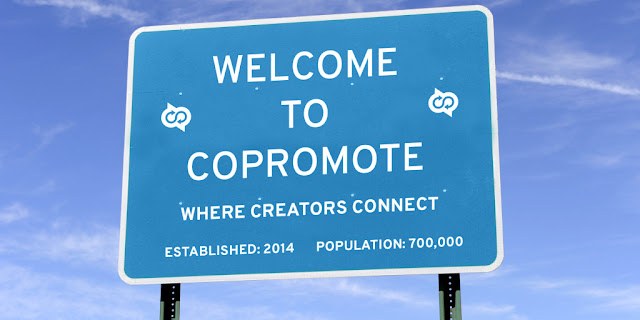